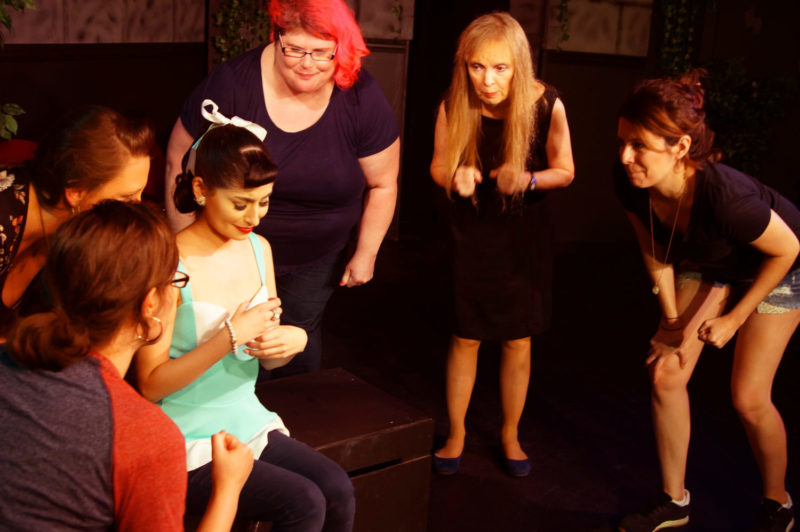 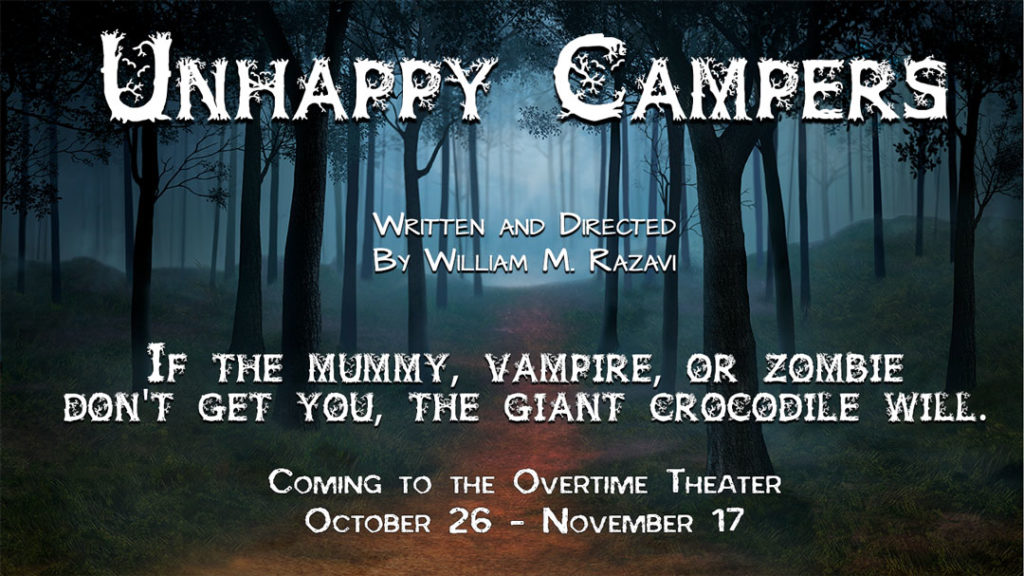 There’s a killer on the loose at Camp Sunrise.  And possibly another killer.  And likely another one, too.  And a vampire, a mummy, and other things that go bump in the night.  Will our plucky campers make it through the woods alive?  Or will they end up the next victims of the monsters that lurk in the shadows?  In the grand tradition of summer camp movies about teenagers played by non-teen actors, The Overtime Theater brings you the Halloween monster-flick comedy, Unhappy Campers.