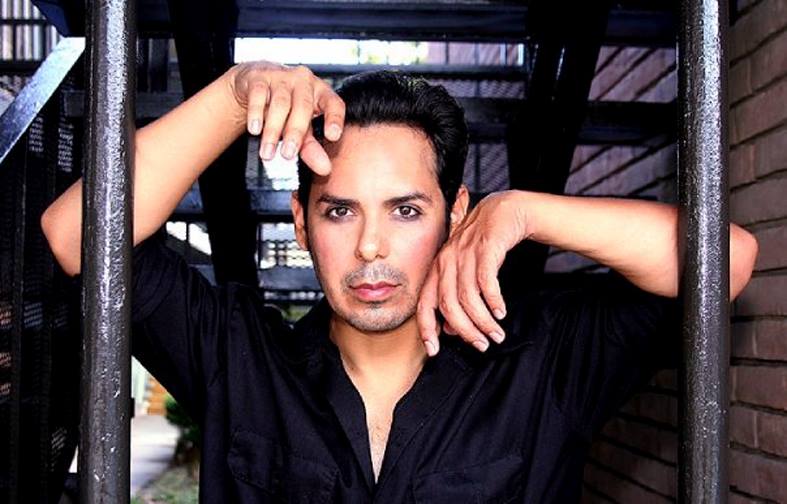 The Overtime Theater and TacoTown Theatre Company proudly present the world-premiere production of “A Sign from the Taco Gods,” an autobiographical, solo play written and performed by Jade Esteban Estrada. After two summer workshop performances at Jump-Start Performance Co. and the Guadalupe Cultural Arts Center, respectively, Estrada will finish the year with the world-premiere presentation of “A Sign from the Taco Gods, a show he feels best represents the triumphs and tragedies he’s experienced during his life and career.

A Sign from the Taco Gods, a show about resolving unresolved relationships, focuses primarily on the complicated relationship he has with his mother. The show, which features Estrada singing music from The Beatles, Barry Manilow and Judy Garland songbooks, takes his audience on a time-traveling journey of the triumphs and tragedies of his life and career which has included performances all over the world. Presented in the style of a stand-up comedy masterclass, Estrada speaks openly about his childhood, his family, the discovery of his talent and his whirlwind career highlights that will theatrically take audience members from the bustling backdrops of New York and London to places as far away as Japan and Australia.

[An] excellent performance! raves former District 6 City Councilwoman Delicia Herrera. A Sign from the Taco Gods is a show about the positive and negative experiences that build us who we are. There’s no better way to spend a relaxing and entertaining evening than to witness talent. A must-see!

The show is relatable because most people have dysfunctional family relationships like this, explains Melissa Martinez, former Associate Commissioner for the Mayors Commission on the Status of Women. I was drawn to what Jade was learning about life throughout the show. Hearing his story helped me learn about myself.

Last June, Estrada’s self-penned solo musicals, “ICONS: The Lesbian and Gay History of the World, Vol. 1” and “Magick: An Evening with Aleister Crowley,” received standing ovations each night of their respective runs at The Overtime.

This is Estrada’s 22th solo show. Past productions include Mike Daisy’s “The Agony and the Ecstasy of Steve Jobs,” which was performed at Woodlawn Theater in 2013 (“Jade Esteban Estrada knows how to fill the stage all by himself,” writes Scott Andrews of the San Antonio Current. Deborah Martin of the San Antonio Express-News writes, “Jade Esteban Estrada knows how to draw an audience in and hold them in the palm of his hand.”), “Gay Christian, Gay Muslim, Gay Jew” written by Jerry Rabushka and “Tortilla Heaven” written by Celeste Angela Estrada.

As a playwright, director and choreographer, Estrada has recently mounted three burlesque plays at The Overtime Theater: “Sinderella and the Glass Zipper,” “Madame X: A Burlesque Fantasy” and “How Burlesque Saved Christmas.” Past burlesque plays include “Eat Me,” a burlesque adaptation of “Alice’s Adventures in Wonderland,” “The Masque of the Red Death,” and “Tales of a Hard Nut,” an adaptation of “The Nutcracker.” Earlier this month, Estrada performed his solo musical comedy “A Lullaby for Ryan: The History of HIV/AIDS in America” at the historic Harbor Playhouse in Corpus Christi, Texas in observance of World AIDS Day.

Estrada is a recurring headlining comedian at Sapphire Las Vegas and performs monthly at House of Blues in Dallas and Houston. He has appeared on Comedy Central’s “The Graham Norton Effect” and was the host of the 19th Annual GLAAD Media Awards on Bravo TV. In 2000, Out Magazine christened him “the first gay Latin star.”

← By Our Hands
Ride the Musical →