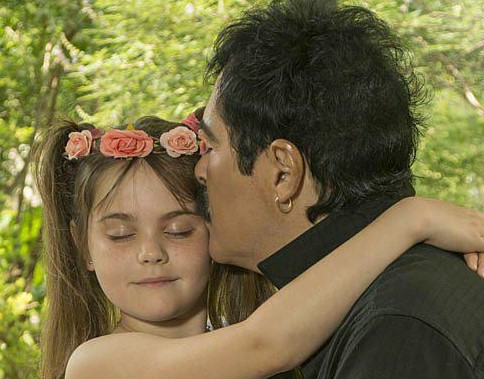 The Garden Poem by Derek Berlin 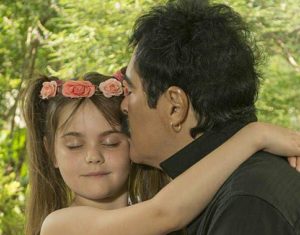 The Overtime Theater in association with Derek Berlin Productions is proud to present “The Garden Poem,” an original play with music, directed and starring Derek Berlin.

“The Garden Poem” follows the journey of legendary recording artist Johnny London (Derek Berlin) who must try to reconcile fate and faith after the loss of his wife Beverly London (voiced by Jacquelyn Nicole) to a car accident and his child’s inevitable passing from leukemia. He finds solace in the words of a poem that he’s read to his daughter Jenny (Ashlyn Rainn Holmes) since birth which describes a special garden of perfection, peace and eternal happiness. The dramatization of his struggles, the comfort and reassurance he receives from his dying daughter, coupled with a reality check he receives from his longtime family friend Audra (Whitney Marlett) opens his eyes to a pathway of acceptance and trust in faith.

Although the new work “has nuances of God,”  “Garden Poem” isn’t “a religious play. [The play] is about finding peace in your heart and understanding [and realizing] that bad things happen to good people,” says the award-winning performer who was last seen at The Overtime in “My Name was Dorian…Dorian Gray.” Berlin feels that the show could offer something to all audiences regardless of their religious background. “The God that we talk about in the play is a God of love, understanding and compassion,” he says.

Berlin was initially inspired to create the play after watching a documentary on family tragedies that particularly dealt with the loss of a child. During his research of how different people deal with feelings of despair, he came to the conclusion that many “want justification” when a loved one is suddenly taken from them. He describes the “I hate God” moment that can occur during the grieving period. “Sometimes there’s no justice and we blame God,” he says. In the play, his protagonist’s faith is redeveloped as he moves through the tumultuous emotional challenge. “As a producer, sometimes the play chooses you,” says Berlin who has enjoyed the themes of spiritual exploration during the rehearsal process. “You don’t choose the play.”

Berlin wrote the lyrics to the songs in the play and will perform the title song live. Producer and Composer Brian Henderson wrote the music and created the musical arrangements.