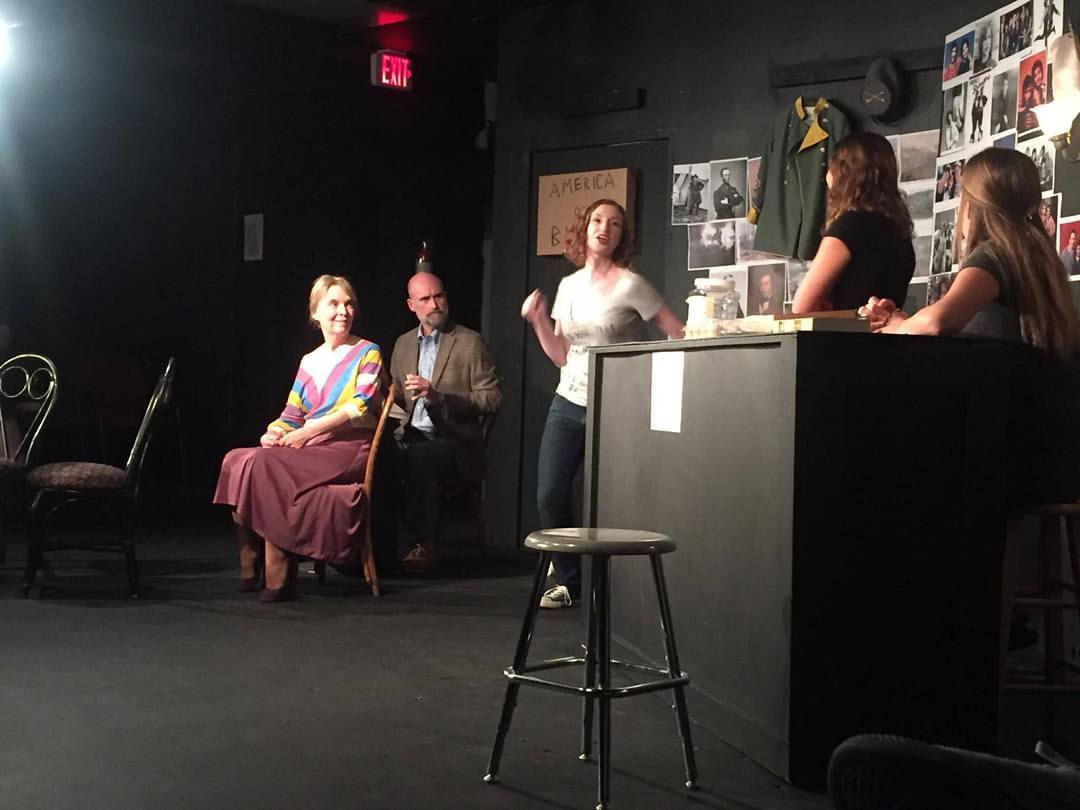 The Overtime Theater presents “The Bronson Pinchot Civil War Cupcake Experience.”  Opening September 1st 2017, this new work by William M. Razavi (creater of 27 Short Plays About Being Murdered In A Hotel By Abba) is another entry into the world of comic mismatch and absurd normality. This time bringing together such obvious bedfellows as Perfect Strangers, Cupcakes, The Civil War, 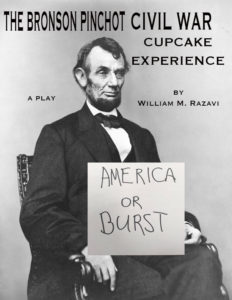 Strip Malls and a basement full of Crabs. Yeah, its going to be that kind of day…

Mark, Linn and Baker had a relatively simple dream: a little cupcake shop in a strip mall that doubled as a Civil War museum and tripled as a shrine to the sitcom Perfect Strangers. When a local historical society and the landlord both employ the services of Bronson & Pinchot, LLC to shut down the cupcake shop things take a wild turn. But with her husband having left her for a Squirrel Sanctuary Supervisor and a basement full of crabs, Linn isn’t willing to let her dream die without a fight. After all, what would this country have been like if Abraham Lincoln hadn’t fought to make this a better place to make cupcakes?

“An immersive theatre experience that will make you feel like you’re really experiencing the American Civil War, a cupcake bakery, and the life of Bronson Pinchot. Edu-tainment at its best.”

← Sinderella and the Glass Zipper: A Burlesque Fairy Tale
Stand Up Shakespeare →