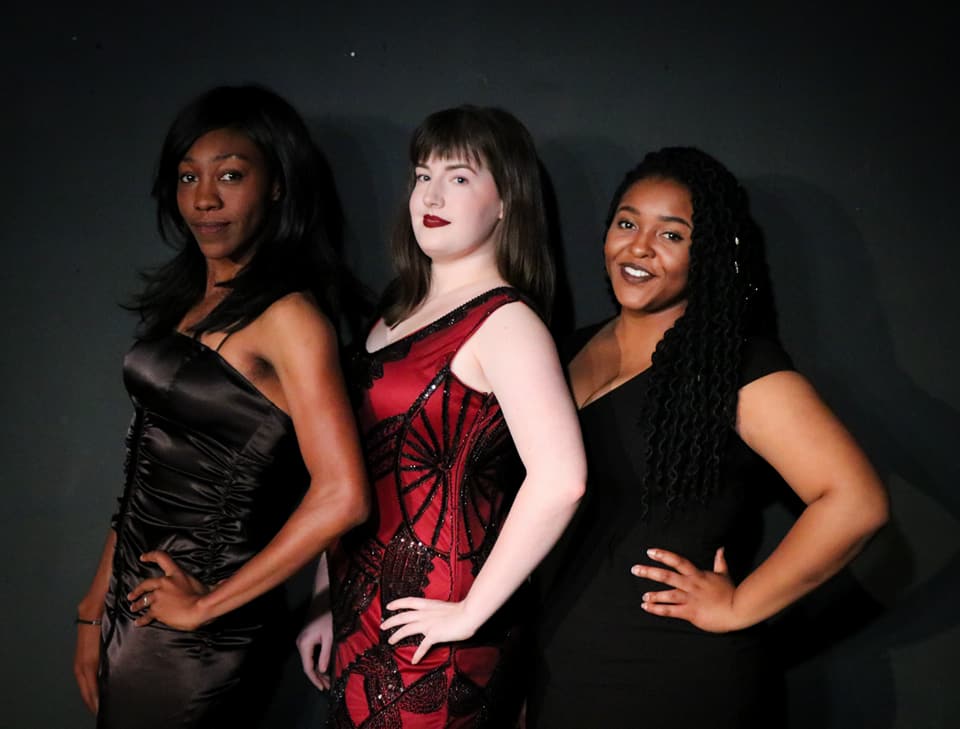 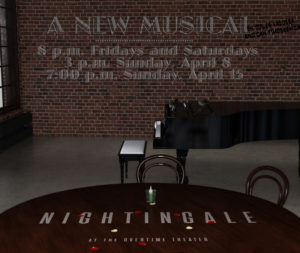 It’s Penny Virtue’s last night at the Cauldron, the hottest jazz and blues venue in the city and now her husband Luther is faced with a dilemma: find a new lead act or quit the business.  When a new “nightingale” Ayla lands on the scene the Cauldron threatens to boil over. What will happen? Take a seat and find out. Loosely based on Hans Christian Andersen’s The Nightingale, this musical proves that old stories never die…they just find hotter venues. Watch the Promo Video

The show has closed but we have a special show, “Nightingale in Concert”! One Night Only: Friday, April 27th @ 8pm

Fridays and Saturdays at 8pm; Sunday Apr 8 at 3pm and Sunday Apr 15 at 7pm; PLUS…
“Nightingale in Concert” One Night Only: Friday, April 27th @ 8pm  Come enjoy this night of Nightingale in concert! You’ll get to hear songs from the show that you remember and sing along if you like! Those who haven’t been to the show are also welcome!  You’ll also get to see Jules Vaquera perform a few of the songs that she wrote for the show. We’ll be including a slide show of the cast’s journey from rehearsals to back stage antics, and you’ll also have a chance to ask the cast and crew the questions and hear their responses.