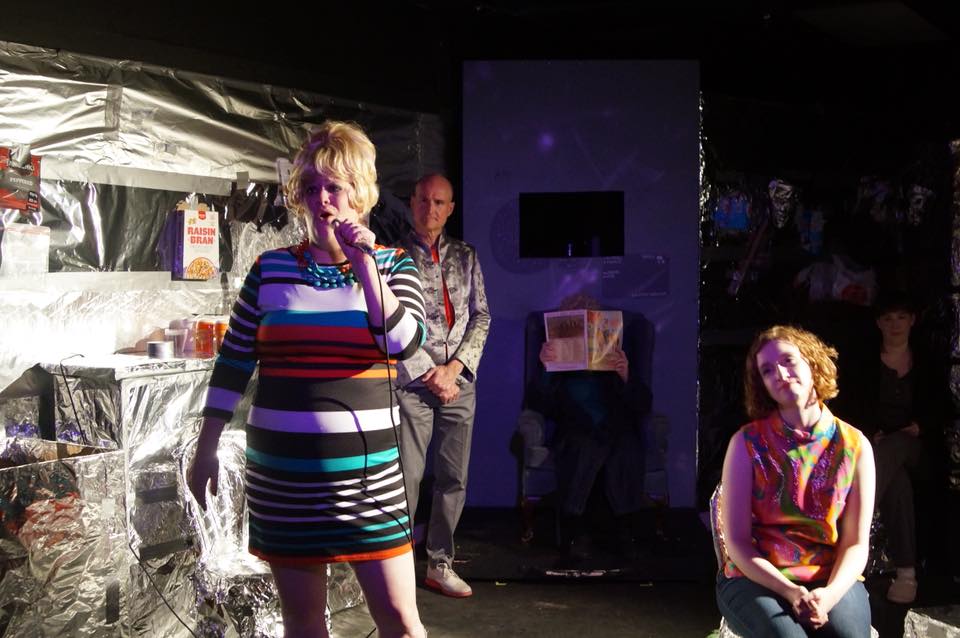 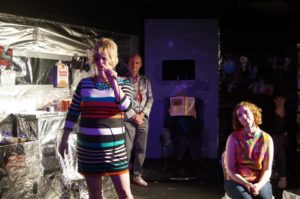 Dusty Springfield Space Patrol is the latest “playsical” by William M. Razavi, author of The Bronson Pinchot Civil War Cupcake Experience, and 27 Short Plays About Being Murdered in a Hotel by ABBA. That’s right! It is a “playsical” because it is a play with music..like almost half a musical-worth of songs!

The play features four original songs with original music by Jack Bonner and lyrics by the author. 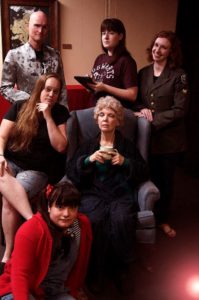 The crew of the Stella 5 is on a routine patrol along the orbital space fence when a stowaway throws everything into a crisis. The fact that the ship is haunted by the ghost of Dusty Springfield is the least of their worries now.

But this isn’t entirely a play about hilarity.  It’s a play about the dangers of xenophobia, paranoia, and the extent to which we’re willing to dehumanize others in order to protect whatever we think we have that others want.

And since it would be marginally unthinkable to have the character of Dusty Springfield on stage without music, this play features four original songs that were written for this show with music by the great Jack Bonner and lyrics by myself in collaboration with Mr. Bonner.

It’s hard to categorize a play that’s a comedy and yet also not quite a comedy and which also has music in it.  But sometimes you have to move beyond simple categories and explore a different mixture of things.  I think Dusty Springfield Space Patrol represents a step in a new direction.  I don’t know if it’s a step forward, a step back or a step to the side.  More than likely it’s a step in some unknown direction leading to an entirely new dimension–but maybe that’s just all the ideas about space running through my head.  At any rate, Dusty Springfield Space Patrol, like a lot of ideas started off as one thing and developed into an entirely different thing. And, as Dusty Springfield might say “maybe the thing it’s become is the thing we need but at any rate it’s the thing we’ve got.