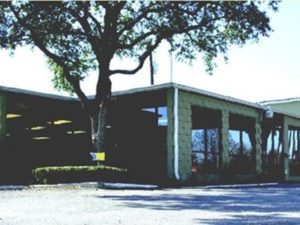 A new year is underway and new things are on the horizon at the little theater near The Pearl Complex.

Our building situation has changed. In order to continue to keep our mission alive and bring you original theater, we are making some changes to include a potential relocation and changes to our Season. More information will be provided as it becomes available.

Since 2007, we have been committed to producing works never before seen on stage and we are very proud of our accomplishments! Look at these success stories:

In 2016 we had several productions honored by the Alamo Theatre Arts Council (ATAC) at the Globe Awards. Emily Fitzgerald received an award for best original script for Creatures of the Night and Jules Vaquera and company received one for American Pride. Derek Berlin’s award for best adapted script for My Name Was Dorian…Dorian Gray was one of 9 Globes that went to that production.

Our production of Locolobo: A Punk Prometheus was made possible with a grant from the Awesome Foundation.

Highlights from our past season’s playwrights include:

•Alexandra Decas (Smart & Center of the Universe) is working as a writer’s assistant on ABC TV’s Blackish.

•Shawn Harris (The Trial of Jamal Jenkins) directed a production of her play Encanta at the Manhattan Repertory Theatre in NYC.

•Tess Light (The Supper Hour in Hell) continues to work as a physicist in Los Alamon, New Mexico.

•Mike Poblete (One Down) has a new play, Surfacing, which was read at the 7th Annual ESPA Drills program at the Lucille Lortel Theatre in NYC.

That’s great stuff and there’s more to come. We thank you for your continued support!