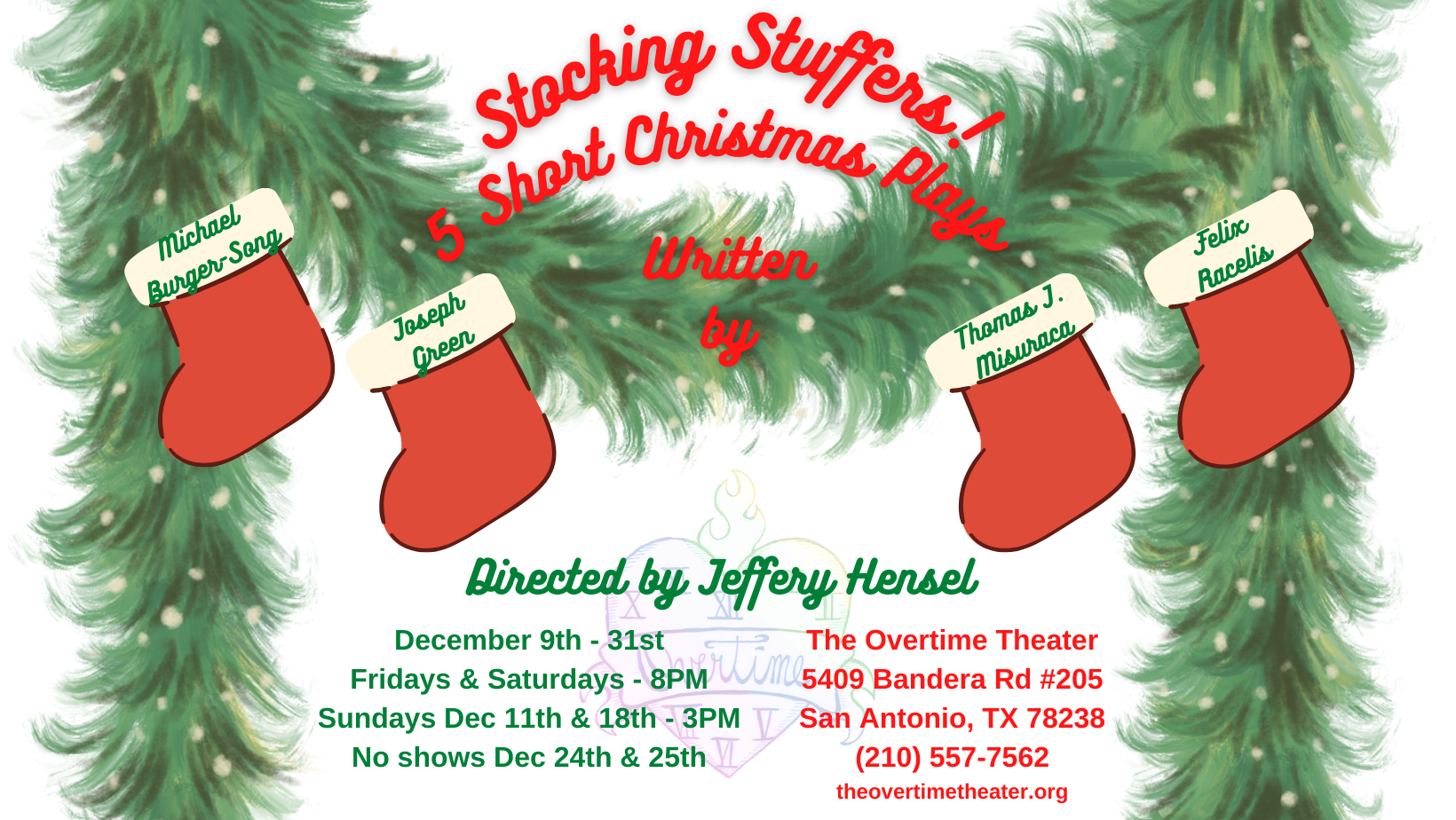 The Overtime Theater proudly presents “Stocking Stuffers! Five Short Christmas Plays”, a collection of short plays from some of the writers featured in our 2022 season including Felix Racelis, Joe Green, Michael Song and Thomas J. Misuraca with performances running from December 9 to December 31, 2022. Performances are Fridays and Saturdays at 8 p.m. with no show on Christmas Eve and Sunday matinees on December 11 and December 18 at 3 p.m. at The Overtime Theater located at 5409 Bandera Road, Suite 205 on the city’s Northwest Side.

In these five tales our writers have tackled some of the important questions of the Christmas season – Whatever happened to the Grinch? What does it take to really play Scrooge? What happens if the man you fall in love with turns out to be Santa Claus? How should you handle your roommate burning your house down on Christmas Eve? What if your four-year-old tells you they no longer believe in Santa – and then shows you the math?