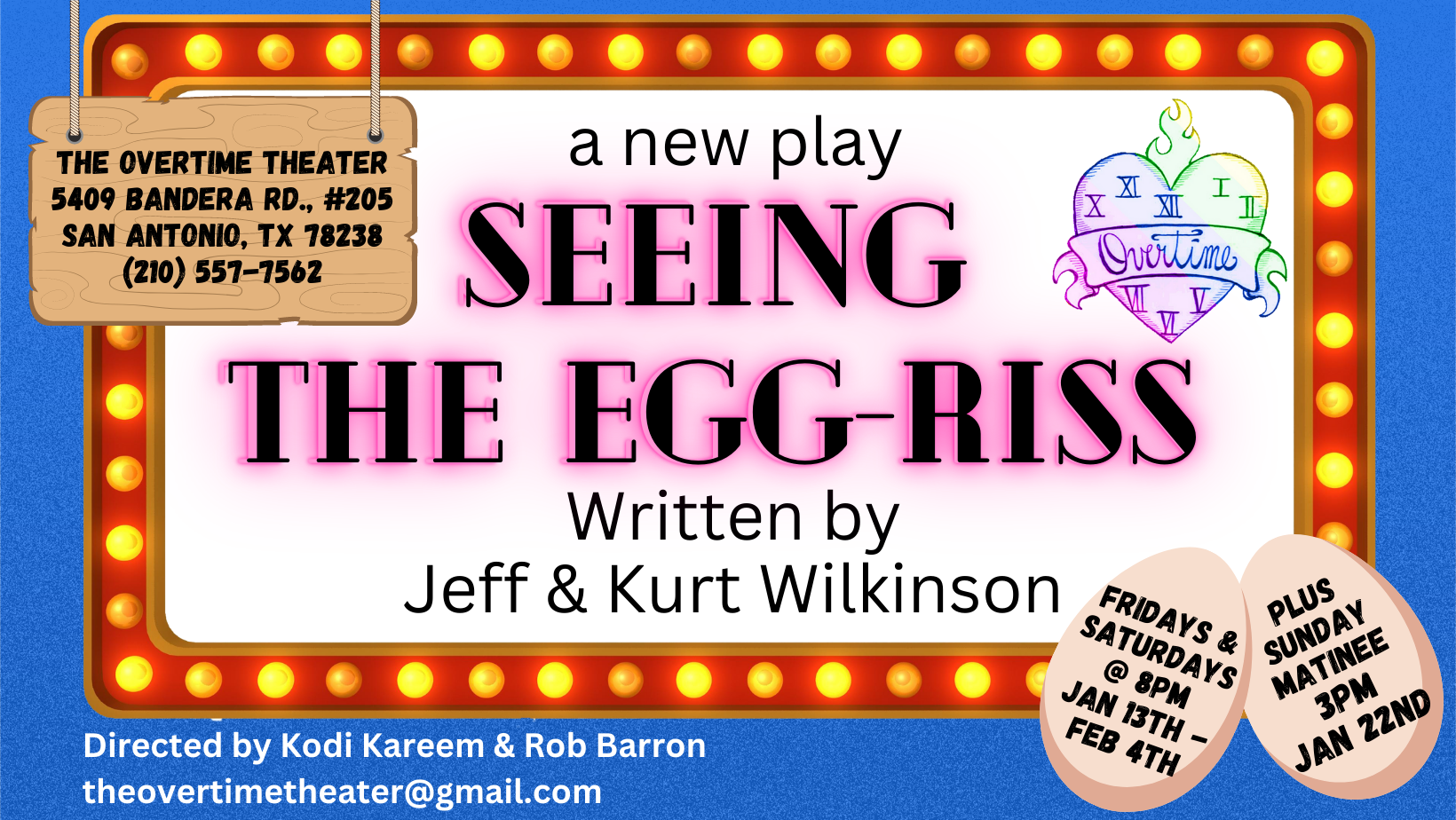 The Overtime Theater proudly presents Seeing the Egg-riss, a dramatic play written by San Antonio based actor Kurt Wilkinson and his father Jeff Wilkinson with performances running Jan. 13 to Feb. 4, 2022, Fridays and Saturdays at 8 pm, with one Sunday matinee on Jan. 22 at 3 pm. The Overtime Theater is located at 5409 Bandera Road, Suite 205 on the city’s northwest side.

In Seeing the Egg-riss, Brandon Northrup is determined to help Joel Fields, who is terminally ill, see a side-show from a long lost carnival. His only clue is that the show was called the “Egg-riss.” Brandon finds the old carnival owner to explain what the mystery show was. The hunt for the “Egg-riss” and helping a dying stranger is too much for Brandon to ignore until both his job and his personal life try to force him back into his lane.