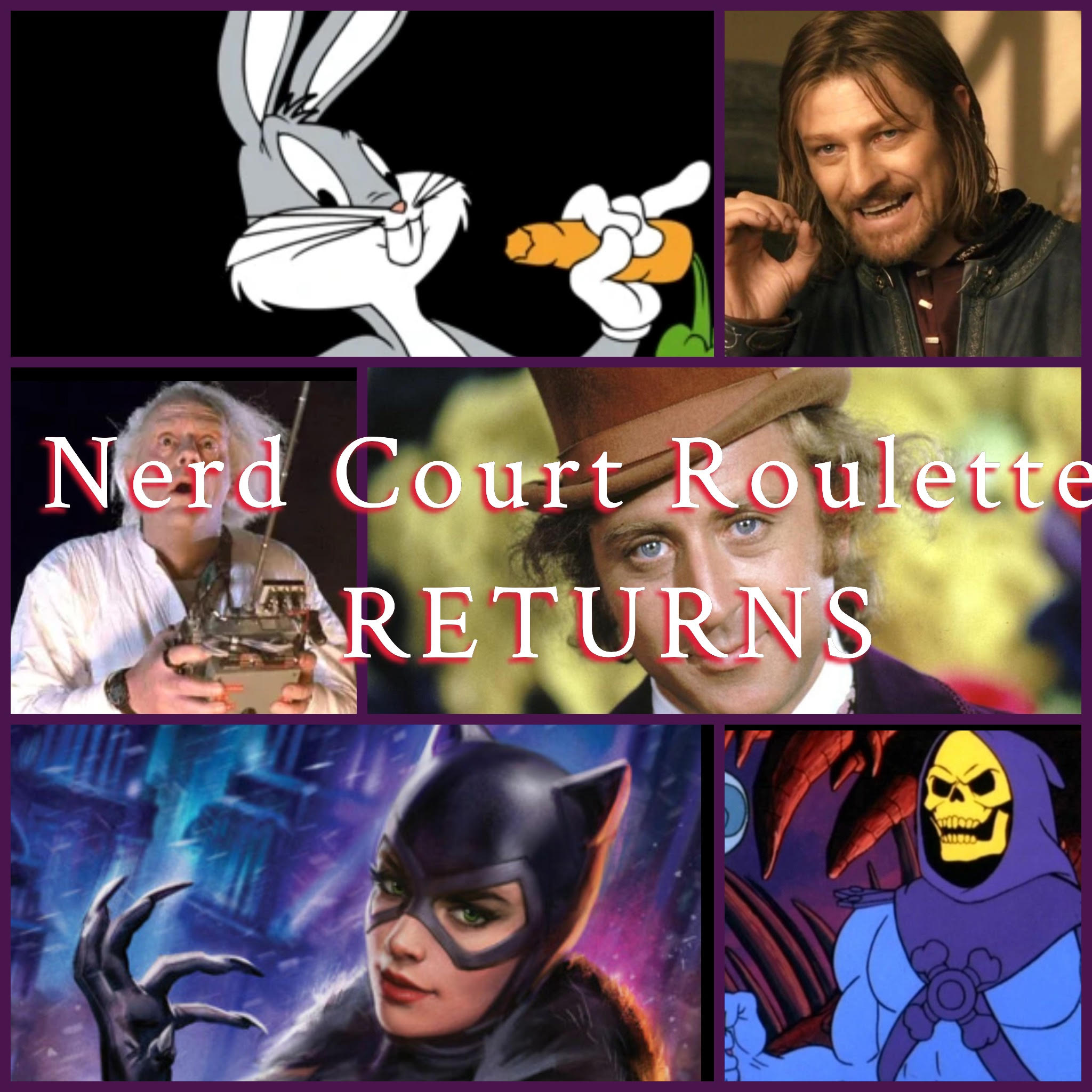 Calling all Nerds and Superhero Fans to Court at The Overtime Theater!

This time the “Character Wheel” returns so once again it’s all up to chance with EIGHT NEW pop culture characters on it. Characters like Willy Wonka, Bugs Bunny, Buffy Summers, Doc Brown, Skeletor, and more! Spin the wheel and see who the hosts will be defending and debating.

What is Nerd Court?
Who is better?? Batman Vs. Superman. Star Wars vs Star Trek. Picard Vs Kirk. Gandalf Vs Dumbledore?
We will finally answer these questions in the court of highest opinion: THE NERD COURT. Two lawyers of our nerdiest caliber will argue the benefits of their nerd topic, while tearing down their opponents. When the dust settles our OverJudge will deliver their verdict and Nerd Justice will be delivered! These are their stories! – Chun-Chun!

← A Very Merry Murder: Christmas in Peril!
Einstein’s Wrong About Everything →