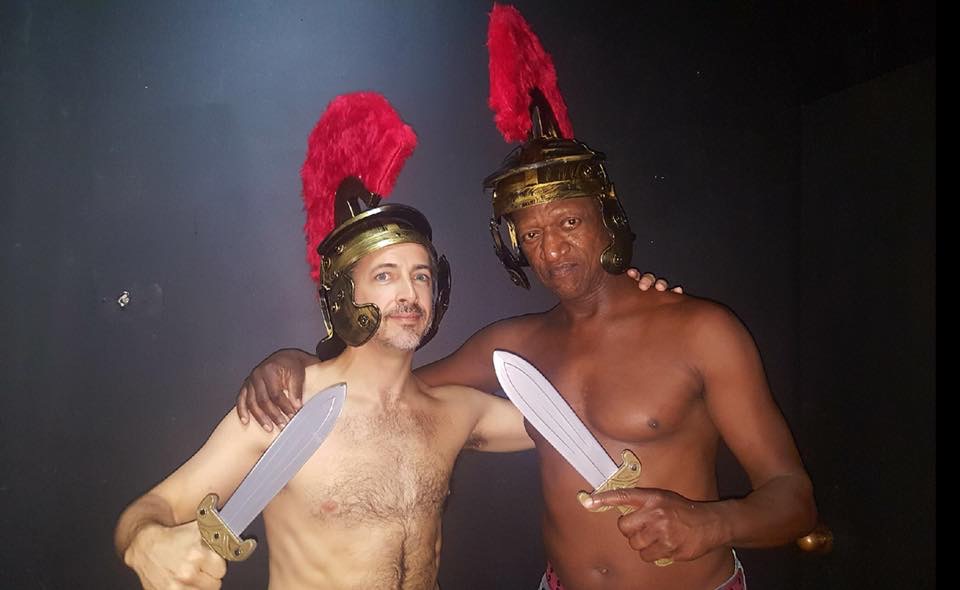 Back by popular demand! That’s right. And this time with even more feeling and a touch of holiday cheer!

Join us for a return engagement of this hilarious comedy November 30 and December 1, 2018

What is this show about you ask? Gladiators in Love by Masinter and Leonard is a farcical musical parody of the movies Spartacus and Butch Cassidy and the Sundance Kid with a lot of the old fifties Steve Reeves Hercules movies and Brokeback Mountain thrown in. It has characters based on Greek gods and goddesses, Roman courtesans, Daisy Duke, the Marx Brothers, Donald Trump and Dom DeLuise with a speech written by Dietrich Bonhoeffer.

The show will be a semi-staged reading with music.

Performances on Nov 30 and Dec 1 at 8:00 pm in The Gregg Barrios Theater