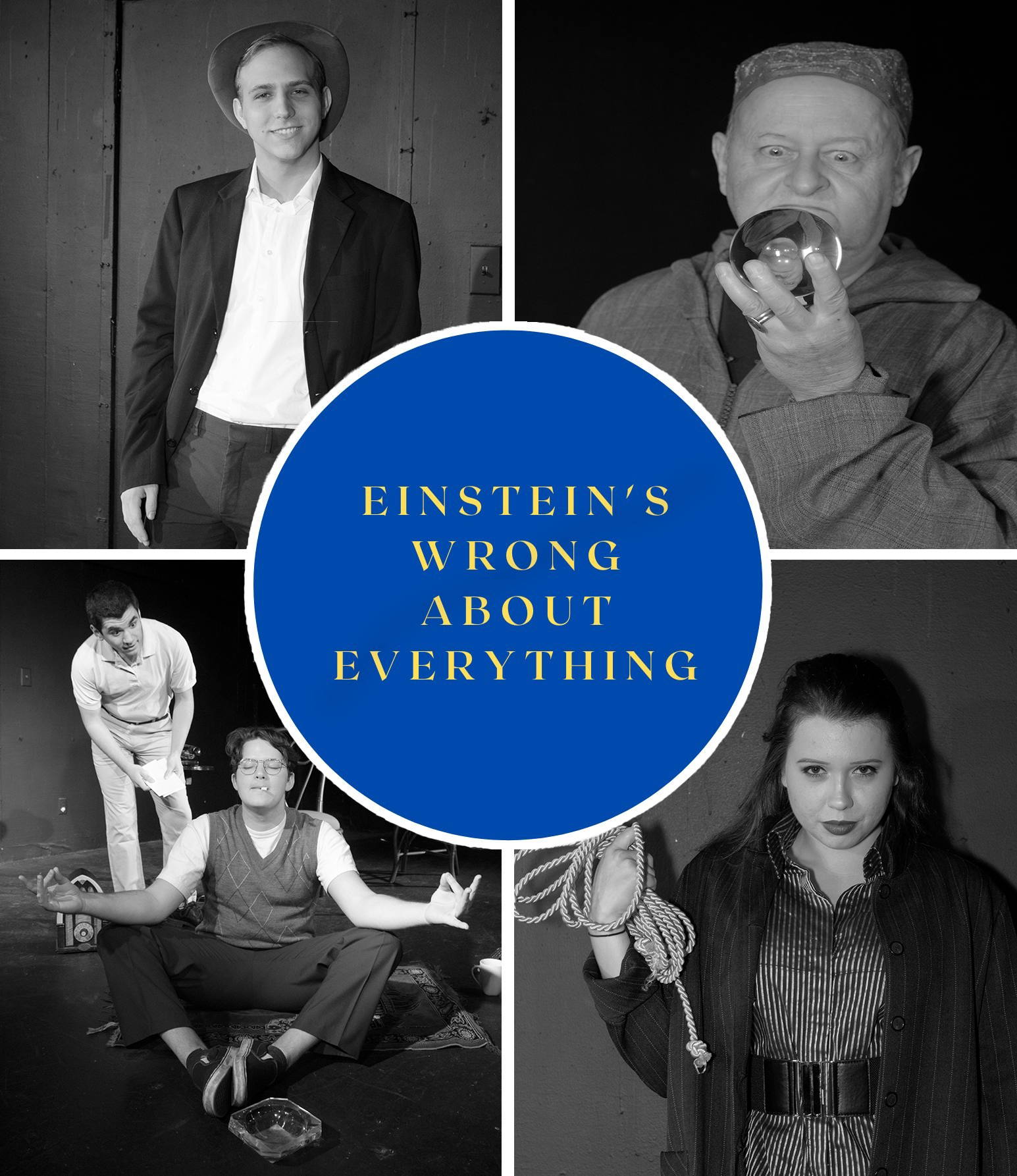 The year is 1956, and Princeton autopsist Thomas Harvey just decided to steal Einstein’s brain. That decision now has him on the lam from both the authorities and a group of neo-Nazis led by a woman who may or may not be related to the Elephant Man. And now he just found out his new roommate is the heroin-addicted Beat writer William S. Burroughs. What will he do next? Will it make sense? Will it involve getting help from some of the most famous figures of the 20th century? EINSTEIN’S WRONG ABOUT EVERYTHING may make you laugh, make you cry, make you reconsider every thought you’ve ever had since reaching the age of reason. Or not. Let’s not get crazy with our expectations.

CAST (in order of appearance)

NOTE: Due to Covid, January 14th and 15th shows have been canceled. Ticket holders may call the box office to exchange their tickets for another show.