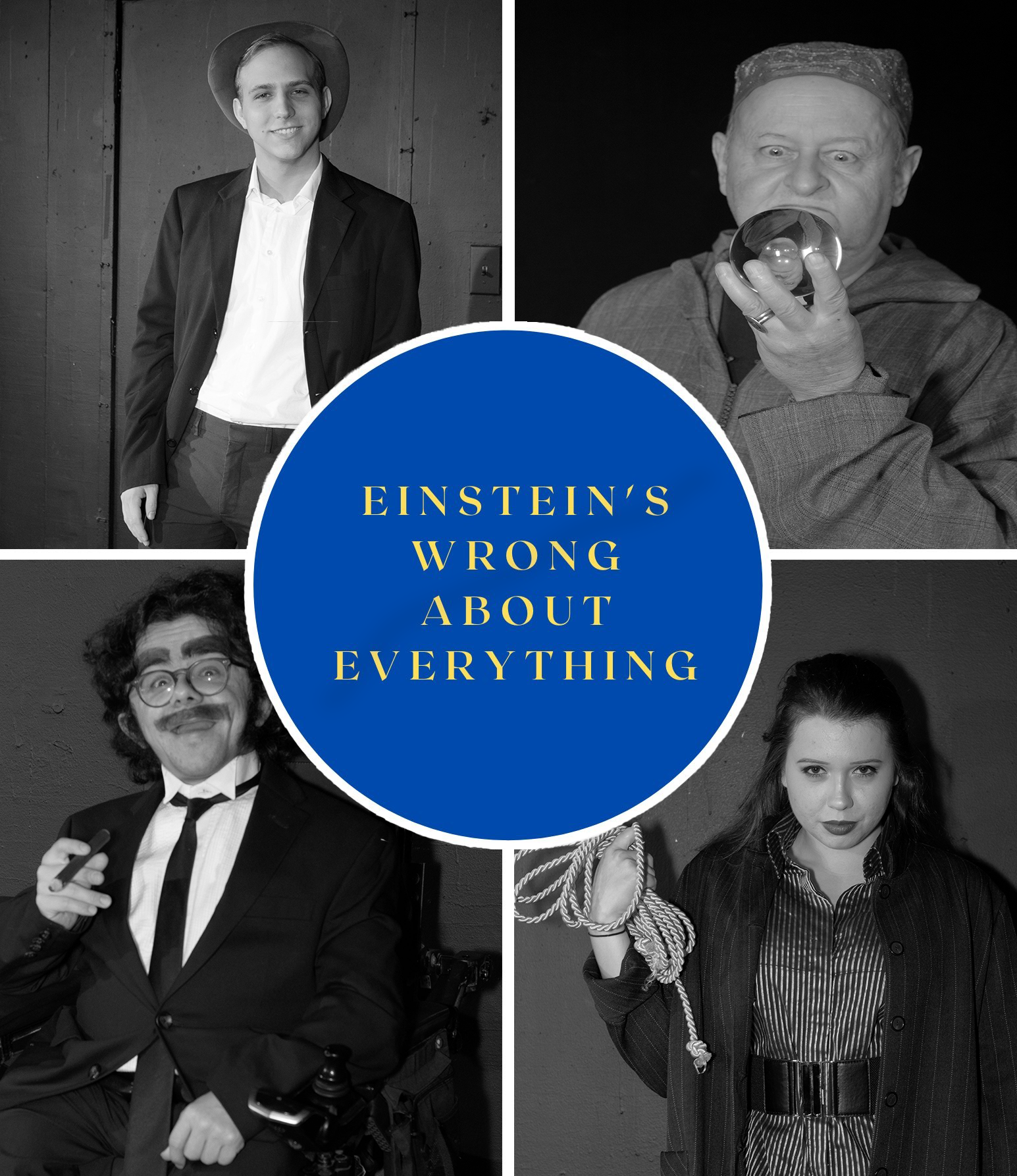 The Overtime Theater proudly presents Einstein’s Wrong About Everything, a comedic play by Joseph E. Green, July 15- August 6, 2022. Performances are Fridays and Saturdays at 8 p.m. with one Sunday matinee on July 31 at 3 p.m. at The Overtime Theater located at 5409 Bandera Road, Suite 205 on the city’s Northwest Side.

The year is 1956, and Princeton autopsist Thomas Harvey just decided to steal Einstein’s brain. That decision now has him on the lam from both the authorities and a group of neo-Nazis led by a woman who may or may not be related to the Elephant Man. Einstein’s Wrong About Everything is commentary based on true events, possibly true events, and blatantly untrue events.

“[The show] is an offbeat and slightly irreverent comedy about magical quantum physics, a lesbian Nazi, and a cavalry full of other walking contradictions,” stated Meagan Setterbo, who plays Der Elefant in the show. “If you enjoy retrospective social commentary, slapstick reveals, or convoluted methods of seduction, this show is for you!”

“Einstein’s Wrong About Everything is the comedy romp through 1956 that deals with the man and woman who stole the brain of Albert Einstein, the neo-Nazis that are chasing them, and the iconic figures of the Beatnik era that try to save the day,” said director Kareem Abu Dahab. “It’s the sorta-kinda-true story that may or may not have happened that’s worth seeing.”

Dedicated to providing original, innovative, and accessible entertainment at an affordable price, The Overtime Theater is a nonprofit organization with the mission of bringing “theater for the people” to the San Antonio community through new and thought-provoking stage productions.

CAST (in order of appearance)

← Ghosting
Pirates vs Ninjas: THE MUSICAL →