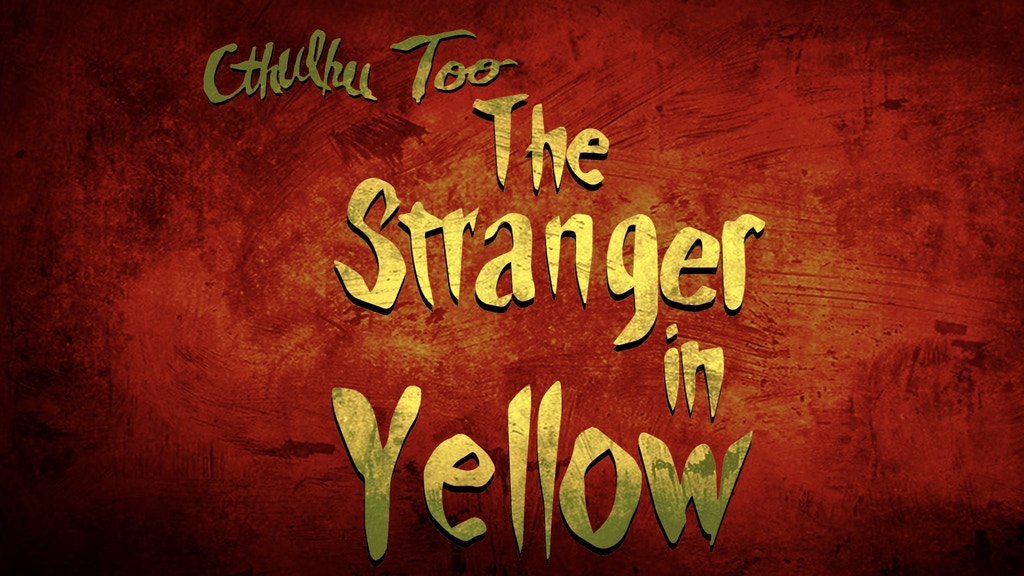 Cthulhu Too: The Stranger in Yellow

What began in The Bride of Cthulhu continues in Cthulhu Too: The Stranger in Yellow. Emma and her cousin Holly face their toughest adventure yet, a quiet life. It isn’t long before they invite danger into their home. With the aid of former groundskeeper, turned heir to the estate, Samuel, they must unravel the mystery of who the Stranger in Yellow is before it’s too late. And where is Cthulhu in all this. Closer than you think.

Only $10 in celebration of our 10 year anniversary!
Order online: http://strangerinyellow.brownpapertickets.com
2017, Mainstage