The OT Board of Directors and Operational Directors offer their expertise and talents as volunteers, and actors and the production crew are paid stipends through audience donations. Our ticket prices are among the most competitive in the city, as we try to keep the costs down and the entertainment as accessible as possible. We are committed to building an audience with an appreciation for new, outside-the- box productions — an audience that will also support other local theaters and arts organizations. 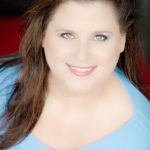 Nicole holds an MBA in Ecommerce Management from Our Lady of the Lake and an BA in Music from the University of Denver. She has performed with Opera Colorado and the Symphony Mastersingers.  Nicole has appeared on stage locally with the Woodlawn, The Playhouse. The Public Theater, The Cameo and The Roxie. She is an ATAC and SATCO Board Member. 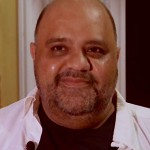 William has been a member of the Overtime Company since 2013, and was named the theater’s Artistic Director in June 2014.  He is a writer, actor, director, and dramaturg with a BA from Trinity University and an MFA from Brandeis University. “I can take any empty space and call it a bare stage.  A man walks across this empty space whilst someone else is watching him, and this is all that is needed for an act of theatre to be engaged.” – Peter Brook, The Empty Space 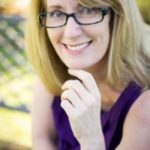 Jana joined the Overtime Company in 2016 and is an actor and volunteer at the theater. She holds a Bachelor of Arts in Teaching, working as a 6th grade science and reading teacher outside of the theater.  Currently, Jana has no favorite Overtime production; she has enjoyed all of the productions that she has seen and been involved in!  She believes in the classic theater maxim: there are no small parts, only small actors.

Scott McDowell – Vice-President and Board Chairman

Scott has “been here since day one” and is a current Overtime Board member, having previously served as the theater’s Technical Director and Board President.  His interests in theater are as a playwright, actor, and improv performer.  He is a native San Antonian and by day is a firefighter.  “This island of misfit toys makes beautiful theater.” 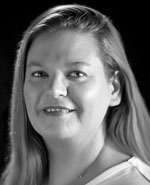 Gina joined the Overtime Company in 2013 as a stage manager, director, and board operator.  She is a native San Antonian and has a Bachelor of Arts in Theater Arts from the University of the Incarnate Word and Political Science from the University of Texas at San Antonio. “A society without art soon finds itself with nothing to pass on.”  – Ming Cho Lee

Carl is a “techy” and  spends most of his days and evenings working on IT stuff for restaurants. He has owned his own business for over 15 years.

Alan has been studying and performing improvisational theater for over ten years. He has studied Chicago, L.A., and New York styles of improv. He co-founded San Antonio’s first regularly performing long form “Harold” troupe, Roman Style, and helped develop their weekly show. The past few years he has turned his attention toward spreading the joys of improv through teaching workshops and classes to those interested in this form of theater. A veteran of nine different troupes, he is currently a regular performer on several San Antonio stages and continues to learn and develop as a performer every day.

Prices General: $15 Military, Student, Educator, SATCO: $10 Seating is limited at the Overtime Theater! A reservation with the Box Office or an online ticket purchase are the only way…

We are open as of April 10, 2021! Our box office is open 1 hour before showtime. The theater is open to the public on Fridays and Saturdays at 7pm and some Sundays based on performance schedule.